You need not fear us, we come in peace and only wish to supply you with information. And today’s out of this world mutterings concern Space Missions.

Space is quite literally the Futurama frontier, it’s where us Addicts boldly go to fight intergalactic villains and to gather resources. Want to know more? If so, join us after the fold.

So where are we off to today space raiders? Oh yes, you’d better buckle up cause we’re heading to Mars to take a closer look at the Head In The Game Mission.

As you will no doubt be happy to see, the Head In The Game Mission has a lot of Bowties to be collected on the journey through the Paths. We’ll simply call these Path 1, Path 2, Path 3 and Path 4. So now we’ve got that bit out-of-the-way let’s move forward and follow a path, or 4.

Addicts Tip: Now as long as you’ve a Scientist at Level 10 and a selection of mid level characters you’ll have no trouble 100% completing this if you can choose a few Crew. and that will give you all the Bowties you need. And even if you’re not able to 100% complete due to not being able use certain Paths, repeating the ones you can do will let you continue to gather Bowties from combats until you have them all. However don’t buy Fuel or that do keep redoing paths, as the Fuel will cost more than it would to buy out a Bowtie, they are only 2 Pizza each. So if you’re a couple short by the end it’s cheaper to buy them out than try to use Pizza to do extra Missions or Level up characters. 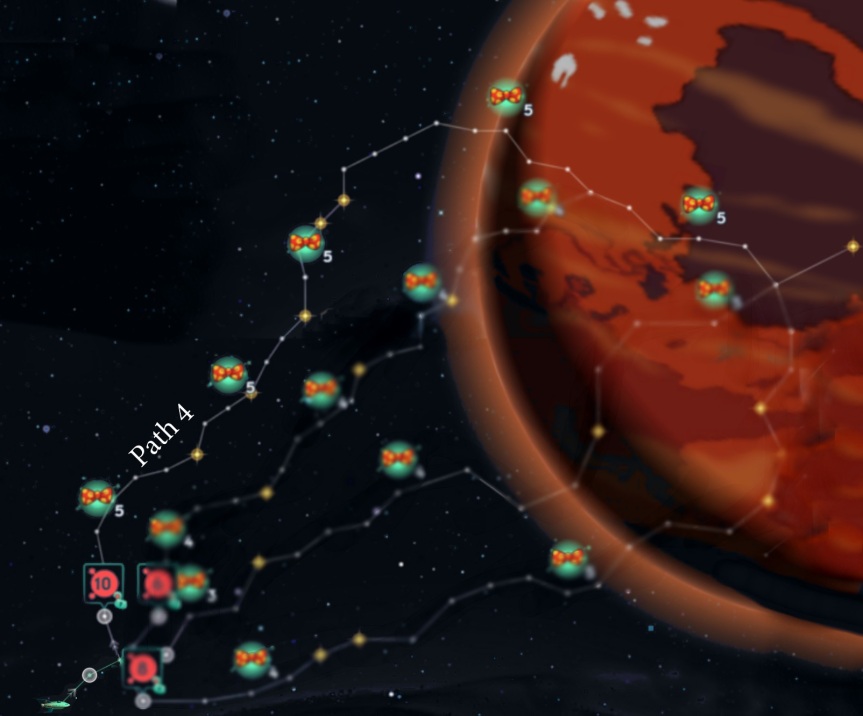 And there you have it fellow space travellers, all the data on the Head In The Game Mission. Have you tried this Mission yet? Did you complete it or find it Mission impossible. Anything we missed or tips for fellow players? Tell us in the comments, as you know we love hearing from you.