So after a long time in the promoting,  Futurama: Worlds of Tomorrow, (FWOT), finally hit our App stores at the end of June, and now there’s an Addicts site devoted to it I thought I’d do a little post now and then where we could discuss  not only the latest goings on at Futurama, but also FGQFS and Tapped Out (TSTO). 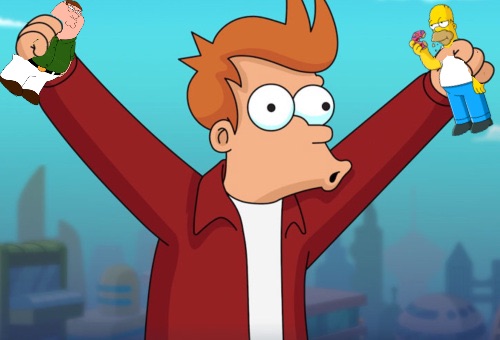 As I previously admitted, I decided I needed even more madness in my life and am now playing all 3 games. It’s like a full-time job with a lot of unpaid overtime expected.

And with a chilly and already snowy December upon us, that can only mean one thing, yes it’s time to light up the Lego. 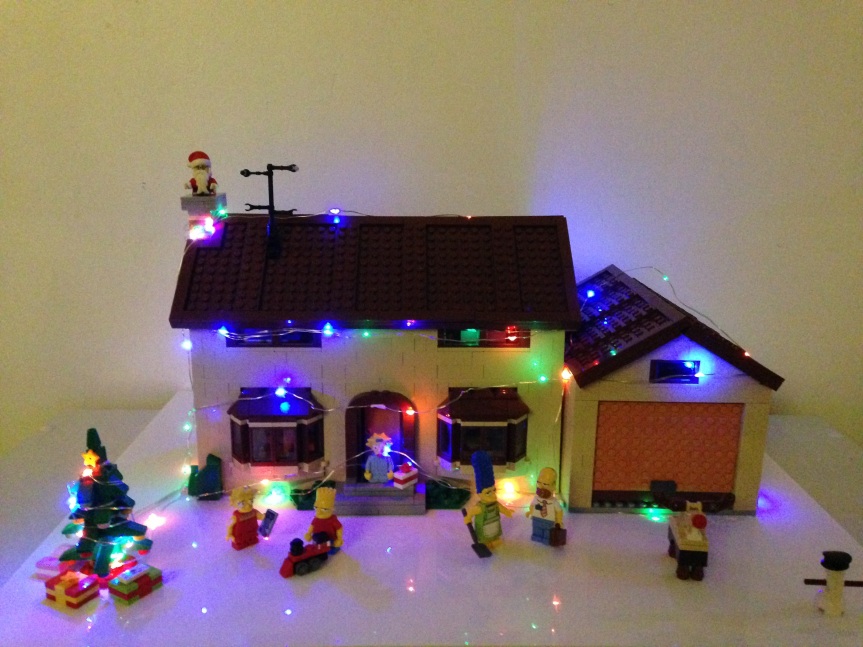 Oh, no, that’s not what we’re here to talk about is it, ok, ok, I’ll get on with the show. So what are my thoughts on the 3 games just now. Well they are all frightfully quiet, in fact only one of them has a real event, yes over at FGQFS we’ve got that sinking feeling as Titanic has come to town.

Yes the ship that could never, ever, ever sink has reached the shores of Quahog, bringing with it ice rather than snow. It’s a short event and hey we all know how the story ends but it’s been fun I have to say. Yes, Stewie, Chris & Brian’s Excellent Cram Session has literally been a life saver whilst all is quiet over in New New York and Springfield,

Well maybe something has stirred in TSTO as we de get a quick peak at what Christmas might bring, and it looks like we are going to get a right Rigellian Christmas caper.  Yes we’re going to have to save Christmas me thinks, and I’m up for that, hopefully we’ll do better than last year, after all we certainly failed miserably at celebrating Christmas in Springfield last year. 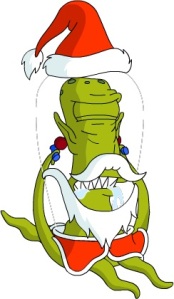 And over at FWOT we find ourselves having a vacation, not a fun National Lampoon type vacation, more a break in play as for the first time in months it’s gone oh so quiet with just a few new space missions to play with. I must admit I was expecting a grand old fairytale of New New York to have begun, but a bit like Santa himself  I think the FWOT Christmas event has got stuck down the chimney. And just like excited kids on Christmas Eve we’re patiently waiting to see what the TinyCo Santa delivers us. I get the feeling the big guy might be in his robot form when he does arrive don’t you?

So it really is quiet in my virtual reality, and I’ve had to hang out in the real world a little more than usual but not so much I can’t rate the games. And there can only be one winner this edition, yes the Titanic has kept FGQFS afloat in top spot, but the TSTO aliens have only gone and snatched 2nd spot form FWOT, which is bringing up the rear in 3rd for now. But will that all change when Santa comes to my towns? Well join me for the Christmas edition to find out. 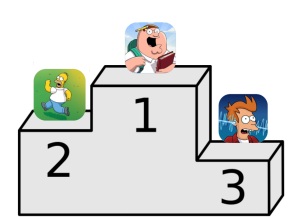 But that’s just my festive thoughts, now I want to hear yours, but only if you think they are safe enough broadcast on a public forum.

4 thoughts on “Futurama Thoughts, with a sprinkling of Quest For Stuff & Tapped Out on top!!!”