So Tiny Santa knew when we were sleeping and went and delivered a sackful of new gameplay down New New York’s game chimney at the end of last week. And to be honest the reaction to it has been mixed, unfortunately much of it negative due to the 2nd week of the An Xmas Xarol content colliding with the raft of new gameplay elements brought in with the update. Add to this some glitches and issues and let’s just say many of you felt overwhelmed and all the early event Christmas cheer was suddenly in short supply. But before you go running for the exit please read on. 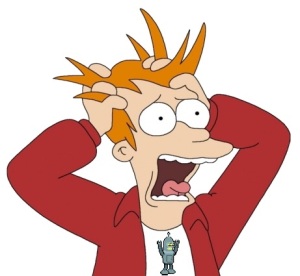 Okay, I’m playing the same game as you guys, so I know many of you are frustrated that the latest update brought with it a lot of changes, and some glitches and issues. My own game is crashing more than a bandicoot on a moped, and diamonds are definitely not this girl’s best friend as my drops have been painfully slow. Over the weekend it felt more like Groundhog day than Christmas season as the PVP Universe timer decided to go all grinchy on us.

Sadly due to the above and more the update saw alarm bells going off in players heads rather than the intended jingle bells. and this really is a shame as TinyCo brought about much of this content on the back of players asking for more combat abilities and new ways to gather resources.

So in order to gather our thoughts in one place I wanted to put up a place for players to ask  any questions about the new features or leave any feedback for TinyCo. Now I get some of you are angry and are fed up after the weekend but let’s make this a place for constructive criticism or suggestions rather than ranting.  Why? Well because it’s only a week until Santa time and you don’t want an ill-timed rant seeing you thrown onto the naughty list, so try to keep it nice, lol.

As I said the main purpose of this post is to give you somewhere to go to leave your main questions, concerns, suggestions, issues, etc for the recent 1.5.0 update. Hey and that includes those who can’t get the update, please tell us here what platform & device your playing on.

And if you’ve still not got the update and are wondering what all the fuss is about you’ll find full details on the update HERE.

So feel free to leave your comments below as needed. I will be highlighting this post to TinyCo to help correct areas of concern and overall improve the game. I will also try to post any feedback or updates from TinyCo as I get them.

Remember to be helpful and be detailed with your feedback.  Don’t just shout about it, explain the problem and make suggestions for improvement. Also feel free to say if there are things you like about the update.

And finally my advice is to take your time finding your way around all the new content, and where possible concentrate on the An Xmas Xarol content, its limited time whereas much of the other new features aren’t.

21 thoughts on “To Affinities And Beyond – Update 1.5.0 Feedback Page”