Welcome to a whole new level of hell. Where the robots are bad right down to their nuts…. and bolts. Where it’s getting hot in the city where the Incubots roam. So feel free to hide in your closet as you read this, as we’re going t bring you all the frightful facts about Episode 2 – Robot Hell On Earth.

Please click HERE to be taken to the Event Page where you’ll find links to all the posts related to the Robot Hell on Earth event.

The App Version that brings the new content is 1.4.3 so make sure you’ve uploaded to this, you’ll know you have when game Icon changes to this.

And please note lots players saying their game is freezing when try load the game after updating, but there is a delay when you first open the game again, a pop up will tell you loading will take a minute but it can be quite a bit more than this, try to keep your device active during this period, ie don’t let your device auto sleep etc.

The main Questline for this event is Devilish Deal

However there’s a 1 part Questline before this Triggers, All About Robot Hell. This consists of :

Clear 5 Robot Incubots – you’ll find these little devils wandering your roads, simply tap them to clear
Have Amy Hide From Incubots (8h)
Have Kif Run For His Life (6h)

The main event currency is Robot Souls, and you can get these from:

The other essential materials are: 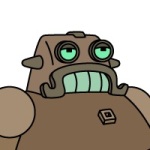 Robot Gypsy (Full character – Influencer): Comes with Travelling Caravan, can clear Incubot Terrorized Humans. You will trigger the side Questline to start unlocking her at Devilish Deal Pt. 1 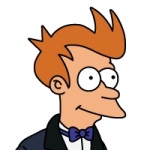 Devilish Fry (Outfit – Captain): You will see this outfit appear in the Outfit-O-Matic to start unlocking when you start Devilish Deal Questline.

There are 2 areas in play at the moment:

Ok, how do you deal with Robot Incubots in space? Well with a Fire Bombs of course, and here’s where you’ll make them.

But first you’ll need to gather the following resources, Gasoline, Wires & Fuses. You need 1 of each to create 3 Fire Bombs.

Once you have at least 1 of each resource you can simply tap “Create” to start building your Fire Bombs, each batch of 3 takes 2 hours and you can build up to 6 batches in your queuing system.

Please note you can only hold a maximum of 50 Fire Bomb in your inventory at any time, but I don’t see that being an issue for any of us. 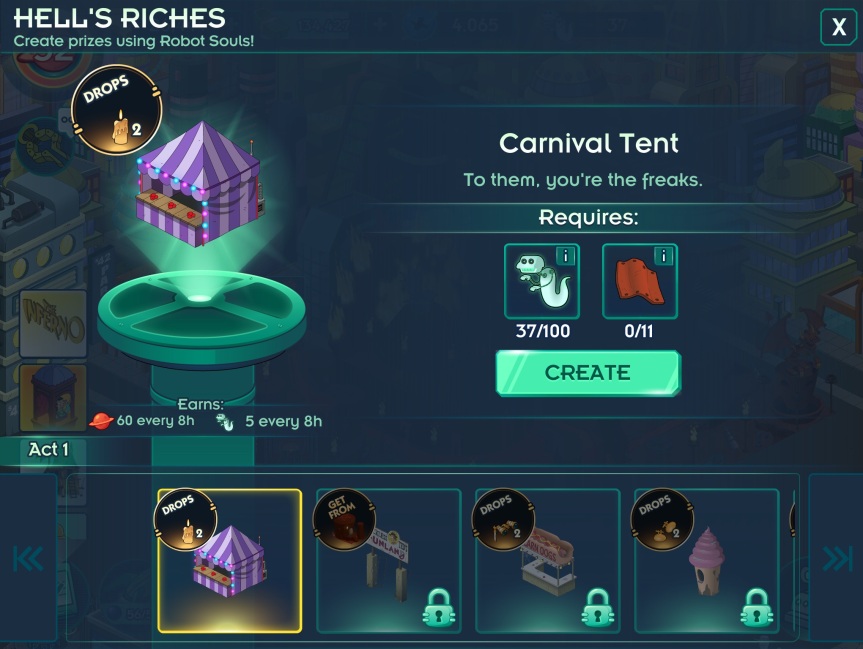 Here is where you will trade Materials you collect while playing the game to unlock Buildings & Decorations to use to further your game play in the Event.

Here are the items you can unlock during Week One…. Please note I’m still pulling unlock costs and will update this ASAP.

You will see Robot Incubots running around your sidewalks once you reach Pt 2 of the main Questline. You simply need to tap them twice to clear them. Once cleared you will need to wait for another batch to spawn.

You will see Incubots Terrorising Citizens on your sidewalks once you reach Pt 6 of the main Questline and you need to put a Character on a task to clear them. There are only 2 Characters that can do this, Robot Gypsy and Blatherbot. Simply tap on a Terrorized Citizen, and you’ll bring up the attack screen. On this screen you’ll see the heart Power of the Incubot and the Characters you can use to take the heart Power to 0. So far the Incobots terrorising citizens have all showed 10 Heart Power so either Character can reduce them to 0. It takes 6 hours for the task to complete.

And we’re on our travels again, as this first week of the event brings us 1 new Space Mission to complete. It’s located on Chapek 9 and will unlock as you progress through the Main Questline. This mission will take some time to navigate but you can’t ignore it forever as it’s the source of many resources you’ll need to progress. I’ll have more on this in the  Mission post to come but will give you the basics below. And here’s a rough stitch of the Mission.

For this Mission as long as you’ve got a Level 9 Character unlocked you’ll be able to start the  Mission, however to 100% complete it you’ll need a Level 22 Scientist, Level 22 Villian, Level 20 Robot, Level 12 Fry & Level 14 Robot Gypsy. Not much to ask is it, lol. That alone should tell you this isn’t meant to completed any time soon.

The Mission comprises of Combats and is the only place to gather the Incubot Metal needed to buy items in Hell’s Riches.  You’ll also encounter tough Robot Incubots during combats, now these can be easily destroyed by a Fire Bomb, but if you’ve none and can’t wait to head into space if you take a very high level crew, I’m talking 5 crew members at Level 21-25 and above, then you can grind away at damaging them, but believe me it’s a long, arduous process, it took me almost 10 minutes to take out one Robot Incubot in one combat without a Fire Bomb, and there’s 11 Combats on the easiest path alone, and some of these Combats have more than 1 Robot Incubot to defeat. so go on the Mission with some Fire Bombs to use or a lot of time to kill, I’m talking maybe 2 hours to complete the path without Fire Bombs.

If you’re wondering why it takes so long well your characters only do -1 damage to them even with Critical Hits. They have a permanent shield. But the good news is they don’t inflict heavy damage so if you take a high level crew including an Influencer you can grind it out.

Addicts Tips: Now here’s a quick lowdown on the taking the easiest path to get you going, this is the path right through the middle and the only fully opened path.

You’ll need 47 fuel to complete it.

You’ll encounter 11 Combats along the path and across these Combats you will encounter a minimum of 11 Robot Incubots, (I actually saw 14 in my run through of the Path) so be prepared.

You’ll need a haul of Fire Bombs or the patience of a saint to complete the path.

To use a Fire Bomb tap on the little Fire Bomb at the top centre, this will then allow you to select the Robot Incubot you want to defeat. You can only defeat 1 with each Fire Bomb. But be careful not to be wasteful by accidentally hitting standard enemies with your Fire Bombs. 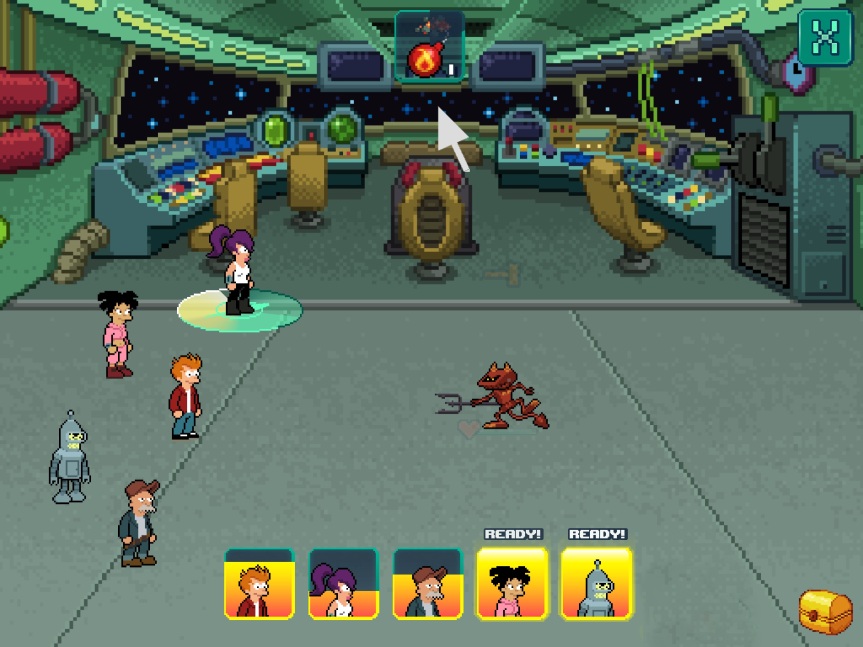 There you have the overall Basics that I can give you for the Episode 2: Robot Hell On Earth event.

What do you think of it so far? Any tips for fellow Players? Any items you’re frightfully excited about? Any items you immediately purchased? Let us know in the comments.