We come with good news. Those humans at TinyCo have been forced to work, and that means they’ve made some changes to our games. But just what have they been up to? Well let’s find out….

There’s 3 obvious changes I’ve seen in my game and here’s a little rundown on each.

We’ve been asking for this feature constantly over in Family Guy: Quest For Stuff and The Simpsons: Tapped Out, but Futurama: Worlds Of Tomorrow  is where it’s been delivered first. Yes, finally the ability to cancel tasks, and what’s even better, you can cancel at no cost. To do this just tap on the character on task and you’ll see a small red X to the left of the time left indicator, tap this and you’ll cancel the current task.

Again we’ve been asking for this and TinyCo have delivered. To use this new feature simply tap on the character to bring up their task screen, look down at the bottom and you’ll see the Inventory tab, click this and voila you can tuck your Character away in your Inventory for safe keeping. Also worth noting you can now also store NPCs just by tapping them then selecting to put them in your inventory. 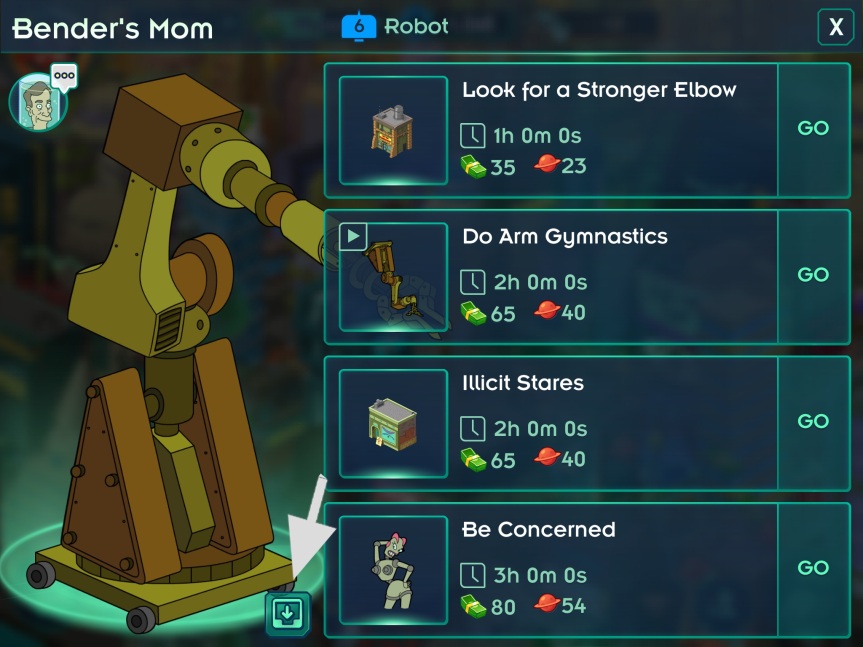 Now as you know, when you Level up you always got your Fuel Tank refilled, well it would seem now that the full refill will add-on to the total Fuel you had at the time rather than just bringing it up to the maximum for that Level. So no more trying to time Level Ups with empty fuel tanks. 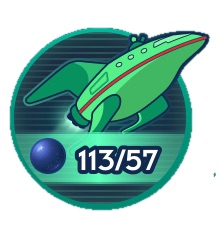 There you have it, the obvious changes I’m seeing that came along with the 1.4.3 Update.  What do you think of these new features? Seeing any others that I’ve missed? Let’s discuss it further in the comments.